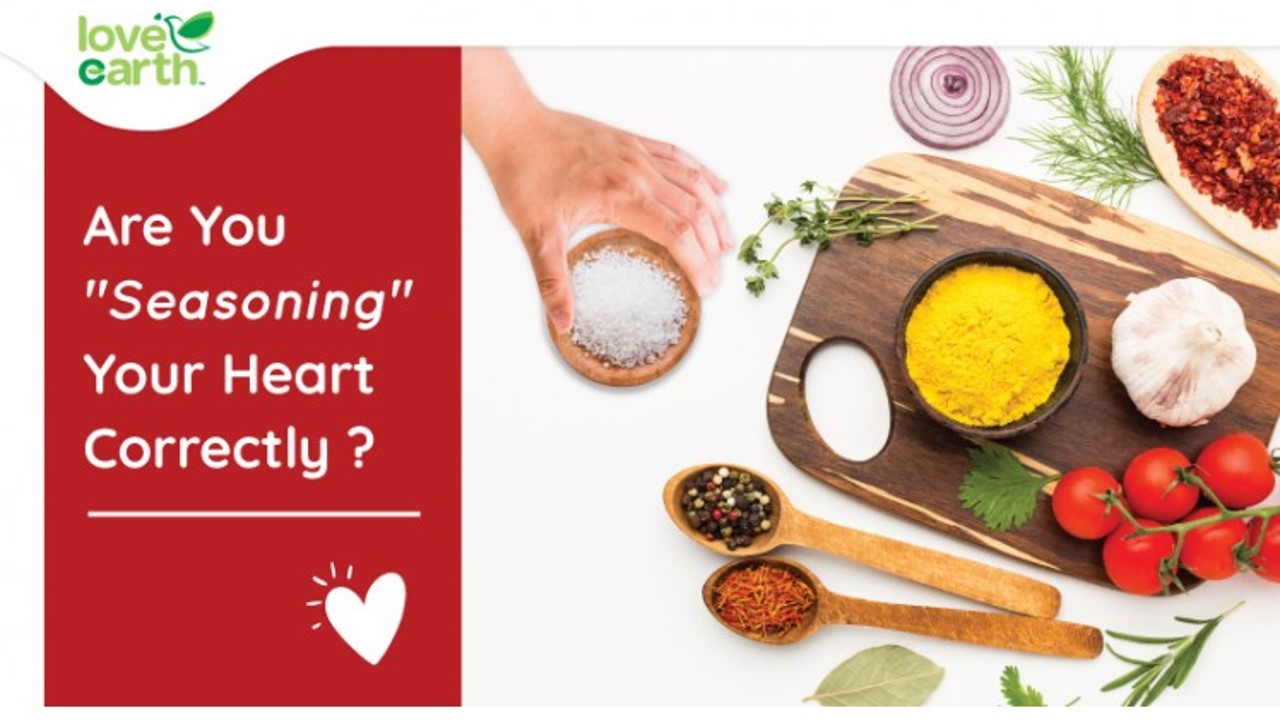 Are You “Seasoning” Your Heart Correctly?

To prevent this, healthy cooking and a balanced diet play an important role. So, here’s a few common seasoning that can help to reduce the risks of getting CVDs.

Ginger is a traditional medicinal plant that is widely used in Chinese culture, Ayurvedic, and Tibb-Unani. The active compound in ginger is gingerol, a compound that appears to reduce cholesterol and improve lipid metabolism. The study has proven that ginger supplementation significantly inhibits the platelet aggregation induced by ADP (adenosine diphosphate) and epinephrine. Platelet aggregation is the clumping together of platelets in the blood. This disease can lead to the formation of a thrombus (a blood clot that forms in a vessel) and cause heart attack and stroke.

Used as a universal flavoring agent, traditional medicine, and functional food to enhance physical and mental health. Garlic has been shown to inhibit enzymes involved in lipid synthesis, decrease platelet aggregation, prevent LDL, and increase antioxidant status. The active compound in garlic which is Allicin showed significantly lowered formation of fatty streaks in the aortic sinus which is the upper part of body heart.

Black pepper is one of the seasonings that is extensively used in both Eastern and Western cultural food. The active compound in black pepper is piperine, which acts as an antioxidant agent to protect against oxidative damage by free radicals. This also reduces the levels of bad cholesterol (LDLs). Moreover, black pepper is also rich in the Vanadium compound that can help to promote cardiac function.

Curcumin is the key active ingredient in turmeric (the root of Curcuma longa plants). Curcumin is commonly used as a dietary supplement, in cosmetics, and as a flavoring. It can help to reduce cholesterol and triglyceride while increasing HDL (good) cholesterol). The study also proved that curcumin can reduce the oxidation of LDL and also platelet aggregation, and boost antioxidant and anti-inflammatory activity.

Cinnamon is one of the famous flavorings commonly added to sweet and savory dishes. The active compound in cinnamon, which is Cinnamophilin acts as a potential thromboxane synthase (blood vessel constrictor) inhibitor that can help to reduce platelet aggregation and also arterial constriction. Thus, high blood pressure can be prevented and reducing the risks of getting CVDs. Besides, cinnamon is also effective in reducing the levels of LDL, serum glucose, triglyceride, and total cholesterol.

In the nutshell, these natural seasonings not only play important roles in flavor-enhancing and cooking but also prevent cardiovascular diseases. Some can even be taken as dietary supplements.

This informational article is brought to you by Love Earth Organic. Please visit www.myloveearth.com for more information.