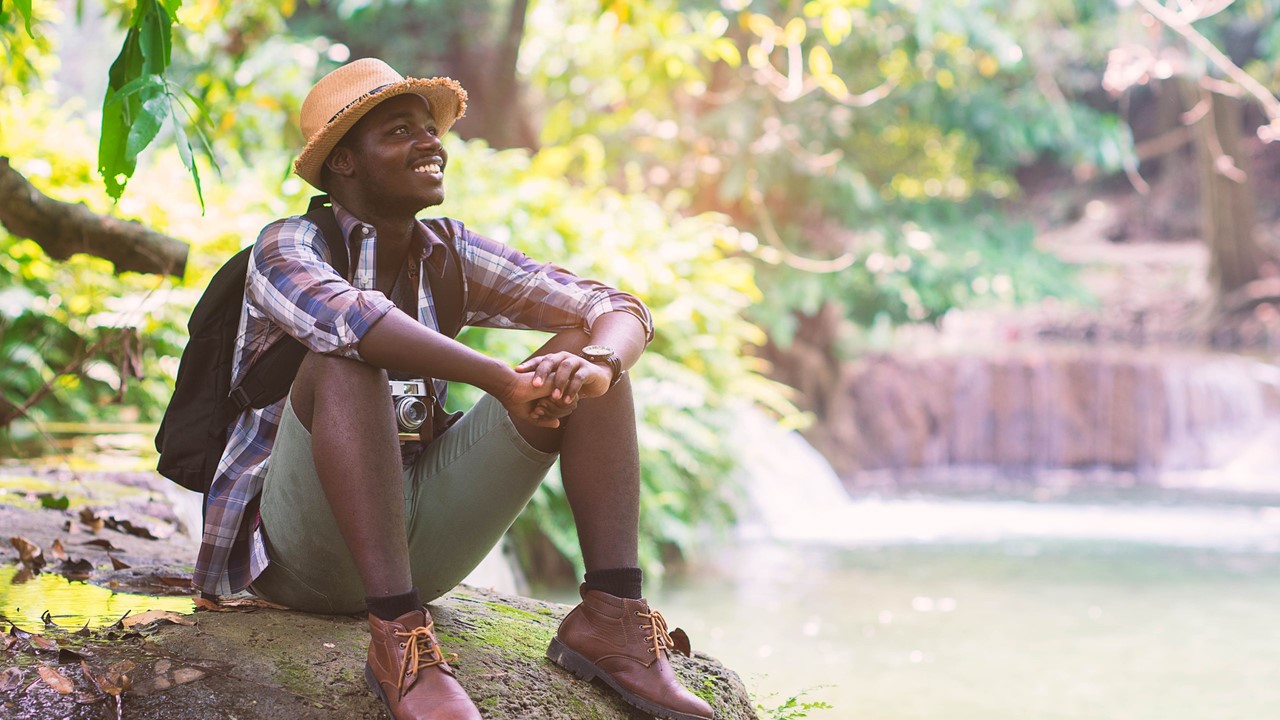 Are you in tune with nature for your mental health?

What if there was a natural way to uplift your mood, destress, promote a sense of wellbeing, leave you calm yet energised, without side-affects, dependency or prescription? What if it was free, readily available and in complete abundance?

Well, there is a way and it’s all of that – and the answer is, it seems, as old as time itself. For regular nature dwellers this may come as no surprise, but it’s been scientifically proven that time in nature – just two hours a week, according to research conducted by the University of Exeter –  is enough to improve our health and wellbeing.1

If you haven’t yet heard of nature prescribing, don’t worry. It’s a relatively new term for an ancient concept, dating back to the 16th century, but which is making an emergence into everyday language as we seek new ways to unwind and connect with something other than wifi. There’s also green exercise and forest bathing – seemingly  buzz terms for the uninitiated, but bona-fide non-medical interventions, considered among health professionals, town planners (yes, really) and wellness influencers in the know. But just what do they mean and why should we pay attention?

According to a report published by the Global Wellness Summit, the days when doctors routinely write out prescriptions for time in nature, instead of antidepressants, aren’t far off.

And when time outdoors is limited, finding a green space nearby to take a walk or a run is one way of supercharging the benefits of your time spent exercising.

Eugene Farrell, mental health lead, says: “There’s plenty of science on the healing power of nature to back up our quest to find simplicity in our increasingly busy, complex lives.  Mental health benefits of walking in nature include a decrease in stress, increase in short term memory, increase in cognition and increase in creativity – in short, it calms the mind and makes us feel really good. Unplugging from daily life and getting outdoors allows us to focus on the now, on being present and mindful.”

Naturalist, Henry David Thoreau understood that the path to a greater understanding of our life on earth is through an understanding of the natural world around us and of which we are part. In 1845 he spent two years, 2 weeks and 2 days secluded in the woods of Massachusetts while writing Walden, his classic meditation on life and nature. He wrote: “We can never have enough of nature. We must be refreshed by the sight of inexhaustible vigour, vast and Titanic features, the sea-coast with its wrecks, the wilderness with its living and its decaying trees, the thunder cloud, and the rain which lasts three weeks and produces freshets. We need to witness our own limits transgressed, and some life pasturing freely where we never wander.”

Fast forward to the 21st century and the facts ow speak for themselves. A 2015 Stanford-led study found that people who walked for 90 minutes in a natural area, as opposed to those who walked in a high-traffic urban setting, showed decreased neural activity in a brain region active during rumination – repetitive thoughts focused on negative emotions.4 In other words, researchers found that walking in green surroundings can act as a ‘buffer’ against symptoms of depression.

So compelling is the evidence showing the power of nature, that urban planners and designers are now starting to understand their huge potential value and impact in mental health promotion. City dwellers have an almost 40% increased risk of depression, over 20% more of anxiety, and double the risk of developing schizophrenia compared to people who live in the countryside.5 Planners recognise that smarter urban design – creating accessible green spaces – can play a huge role in helping prevent mental health problems among urbanites.

Forest bathing, or ‘shinrin-yoku’, was first developed in Japan in the 1980s after scientific studies conducted by the government found that two hours of mindful exploration in a forest could improve stress levels and increase concentration and memory. They also found that trees release chemicals called phytoncides, which have an anti-microbial effect on human bodies, boosting the immune system. As a result of this research, the Japanese government introduced ‘shinrin-yoku’ as a national health programme.

Despite the name, forest bathing has nothing to do with getting in water and everything to do with mindful time spent in your local green space, including your garden if you have one.

It’s not just great for mental health, as the physical health benefits of being active outside are also well documented, from decreased blood pressure to getting a Vitamin D boost, to improved self-esteem – with outdoor movement gaining a new term known as “green exercise”.

Green exercise is defined as physical activity in the presence of nature. A term coined by the University of Essex in 2003, when a research team was set up to look at where, when, how and why green exercise brings health and well-being benefits.

With people spending, on average, 90 percent of their time indoors6, potentially undermining our physical and mental health, the green exercise movement has picked up pace in recent years with more people recognising the positive impact that being outside, whatever the activity, can have on health and wellbeing.

Taking a walk in nature, especially a brisk one (walking at a pace that gets your heart beating faster, but you can still hold a conversation) is a great health all-rounder. It burns calories, which can help with weight loss, and it works your heart and makes it stronger over time.

Brisk walking also helps build strength in many muscles, including your legs and bottom. You might even find your core muscles become stronger, which is great for posture and preventing back pain.

As a guide, the NHS suggests that we do at least 150 minutes of moderate aerobic exercise a week (brisk walking is included in this). This could look like 30 minutes, 5 days a week, or you can even break it up into shorter bursts of 10 minutes.

If these facts alone don’t have you reaching for the door, some of the greatest minds in history were renowned walkers, using it as a way to clear the brain, solve problems and boost creativity:

Greek philosopher, Aristotle, conducted his lectures while walking the grounds of his school in Athens. Prolific author Charles Dickens would go for a long walk after daily periods of writing, and at night when he couldn’t sleep. Beethoven would apparently walk whatever the weather and would carry a pen and sheets of music paper in case inspiration struck. Even former President of the USA Barack Obama is known for his walking meetings, as is Facebook founder Mark Zuckerberg.